After hearing about FAWM (February Album Writing Month) for a few years, I finally went to fawm.org signed up. It seemed like a perfect way to get my songwriting ass into gear. The combination of the time constraint and the accountability is just what I need to crank out a new batch of tunes in this Wisconsin winter – even though there are days that I’d rather be in hibernation.

Can I write 14 songs in 28 days? Sure. 14 good songs? We shall see. I have several songs in progress, but they don’t count – I’ll need to put them on hold and start fresh on Monday morning. I am trying not to start actually writing until then, but I do have a theme and a bunch of titles already. Luckily, when I looked up the rules just now, I learned that “if you’re planning a concept album it’s OK to start doing research.” And existing riffs and ideas are also allowed. So I’m golden.

As I considered themes for my FAWM, I pulled a blank composition notebook off the shelf in which to write my songs. The notebook I happened to grab was completely blank – except for the word “Whittlesey” written on the cover in black Sharpie. Thus I have my title. 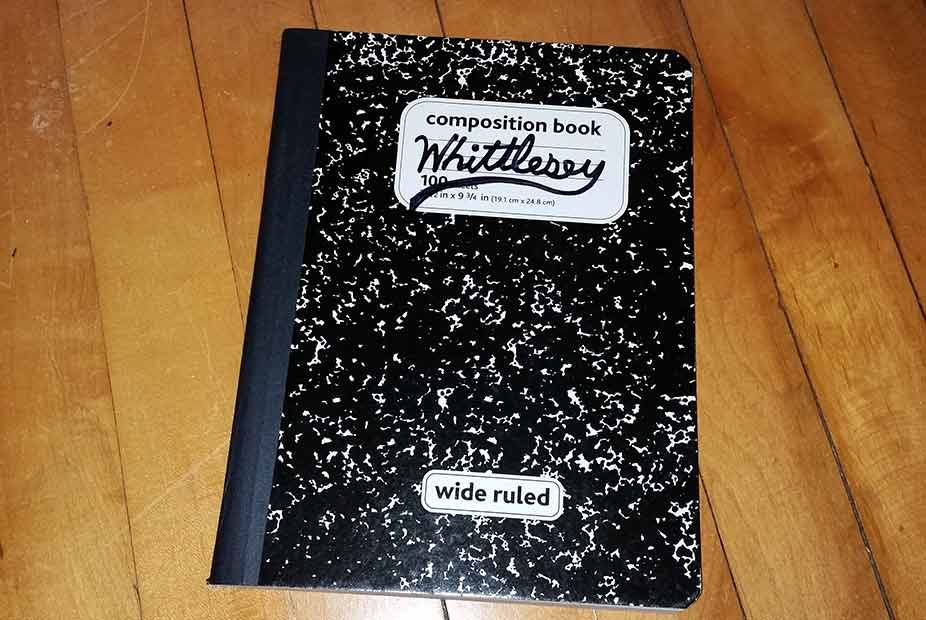 Whittlesey was already the name of a semi-planned music project which I had hopefully scrawled on the notebook sometime in the past year or three. The idea is to capture some of the spirit of the Wisconsin Northwoods I experienced growing up, visiting my grandmother the deer hunter, fur trapper, and berry picker, her sister the tavern keeper and fishing pole maker. The time I spent in the woods and the tavern resonate with me still, and there’s plenty of songs waiting up there for me. We’ll see how many I can harvest in February.

Stay tuned for the recordings!

Today I found out that first-year fawmers are called “Fawmlings.” With any luck, I’ll be back next year as a veteran.