At least one fan has told me that of all my songs, they like the Fluid Drive tunes best. I still have a soft spot for these moldy oldies myself. How about you? If you can’t get enough 90’s avant-garage, parts 2 and 3 of Fluid Drive on Sundog are but one click away. In these videos, you get to witness my sparkling banter with hosts Rökker and Tim Corcoran, and there are even a few moments with celebrity guest Biff Blumfumgagnge.

If that weren’t enough of a thrill, part 2 features the song Tarnation – which started the whole Mythic Barn Rock movement.

OK, so it’s not a movement yet.

If you somehow missed Part 1, you can read my post for the details – or just skip the blab and head on over to the Videos page and take a peek. I think it’s still there.

Bonus Trivia
A few loyal Fluid Drive fans called the studio during this broadcast to protest the liberal use of psychedelic effects during our performance. The director, Bill Bongwater, seems to have taken this a challenge, for the effects got even crazier following the call. Most people, however, seem to think my face looks better drenched in day-glo, with footage of fireworks, birds of prey, and old sci-fi flicks superimposed on it.

At a Whittler show, I only get to sing lead on one song: Jarnegan (at least that’s its official title – it’s known to Whittlerians as “Honey Wagon” or “Nuts in a Spreader,” but that’s a story for another time). Even though it’s my only vocal, and I have sung it many times, and I wrote the damn thing, I sometimes forget the words. Or at least the first word – if you give me that, I’m fine. I’m usually fairly good at remembering my own lyrics, but Whittler shows (especially in Chicago) involve gallons of beer.

To aid my dampened memory, my buddy Miguel consented to inscribing my forearms with the first word of each verse – “beast” and “terminal,” respectively. To make it more badass, I decided to use the Kanji symbol for “beast” and the electronic symbol for “ground,” which is close enough for me to “terminal.” 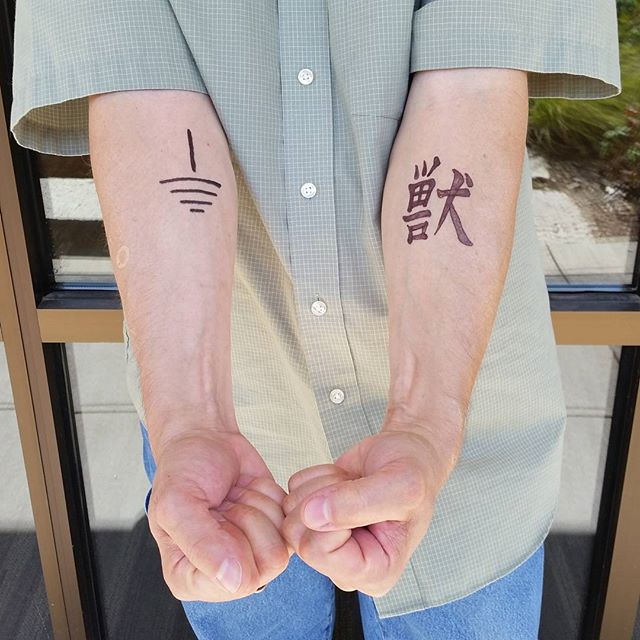 This baby stops on a dime
She ain’t got no brake lights
Stay out of my dreams, motherfucker!

This baby stops on a dime
You better turn on your night light
Stay out of my dreams, motherfucker!

This jaunt to the Windy City had an additional purpose: to celebrate a milestone birthday of Ingenious Whittler co-founder Jeff Christian. I love Jeff, and never more than when he is buying the beer. In this case, a few kegs of Daisy Cutter Pale Ale, which is brewed just down the street from the Brownstone Tavern, where we were playing. 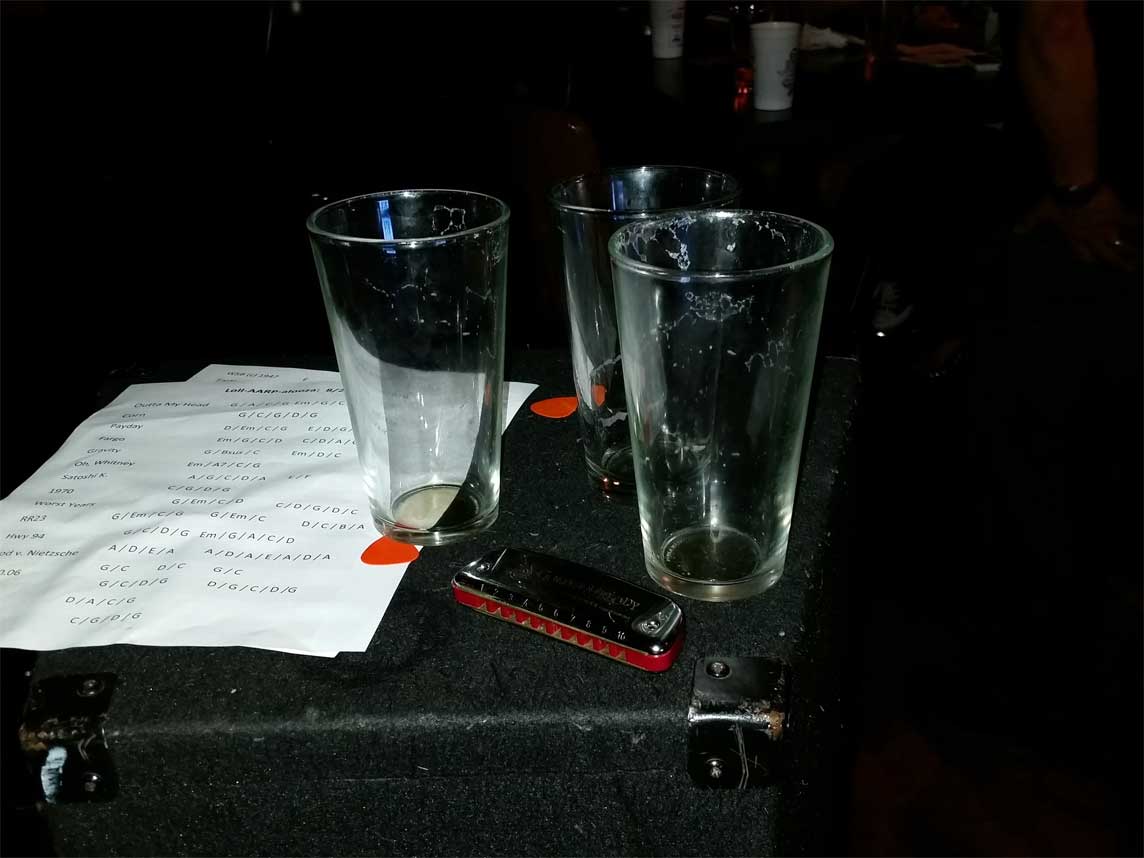 It was fine to have the original band back together in Irving Park, where we played our first gigs as Ingenious Whittler nearly fifteen years ago at such storied venues as the Lyon’s Den and Beat Kitchen. It was pleasing to note that our fury had not abated in the intervening years – though are guitars are in better tune these days. 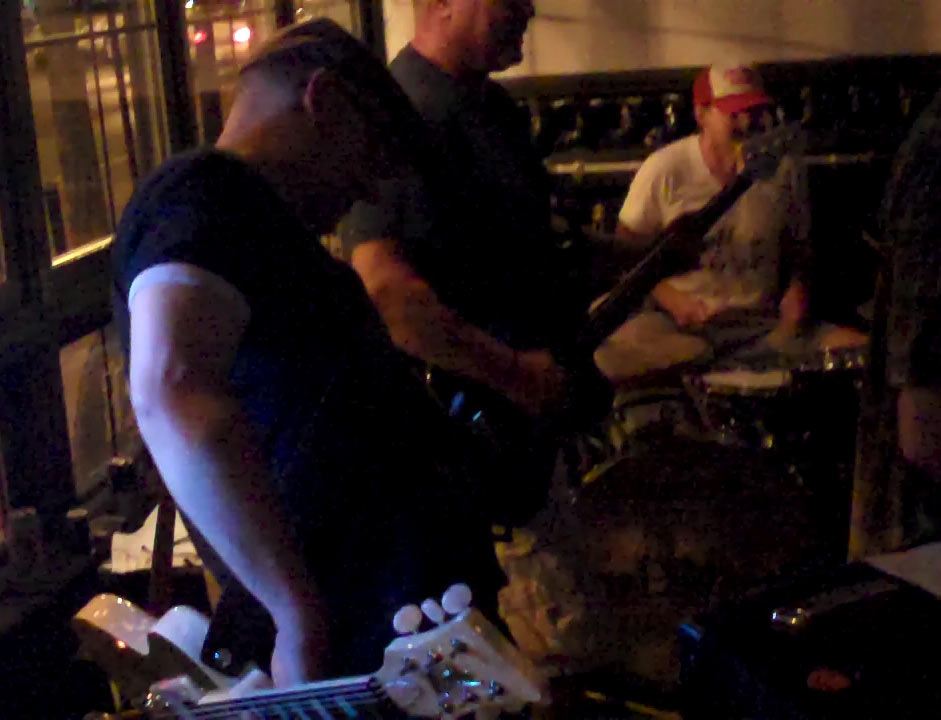 I hope you will allow me a moment to pay tribute to my bandmates of these many years. Fellowship with these animules is about as good as as it gets, and I’ve learned a lot from them.

I had been documenting the evening’s events on a cheap video recorder. If I can ever untangle and assemble the miles of virtual film, it will be made available to the world. After reviewing some of the footage from this landmark performance, one thing is certain: Ingenious Whittler can still, in the immortal words of Eric Nelson, “give ‘er the groceries!” 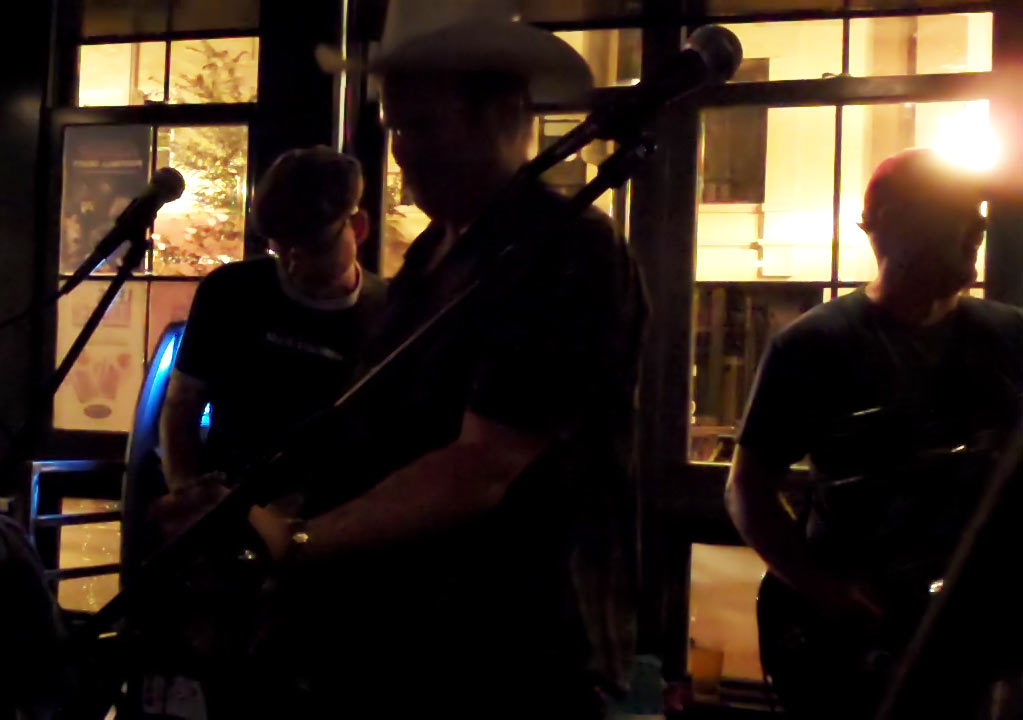 As promised, I hereby present my latest cinematic experiment. This video draws inspiration from the films of Harry Smith, particularly Number 12 (better known as Heaven and Earth Magic). I’ve been wanting to do something like this for a few years, and finally decided to figure out how. It ain’t “Thriller,” but I think it’s rather cute.

This song is one I wrote for the Ingenious Whittler record Al Smith’s New York, a classic album with sales well into the double digits. If you’d like to hear more, it’s still available.

And, in case you were wondering, the missing thimble has been restored.

Should I write a Christmas song?

As far as Christmas music goes, I do enjoy the seasonal classics – to a degree. At this time of year, you are likely to hear me strumming a ukulele as I croon Mele Kalikimaka or White Christmas, Santa hat tilted at a rakish angle. However, one afternoon’s worth of Christmas music on the radio is plenty for me. After that, I might pull out some Xmas vinyl from Hasil Adkins, Shonen Knife, or Billy Childish. And, of course, the Beatles’ Christmas fan club records must be played in my house every year.

But then I’m done. 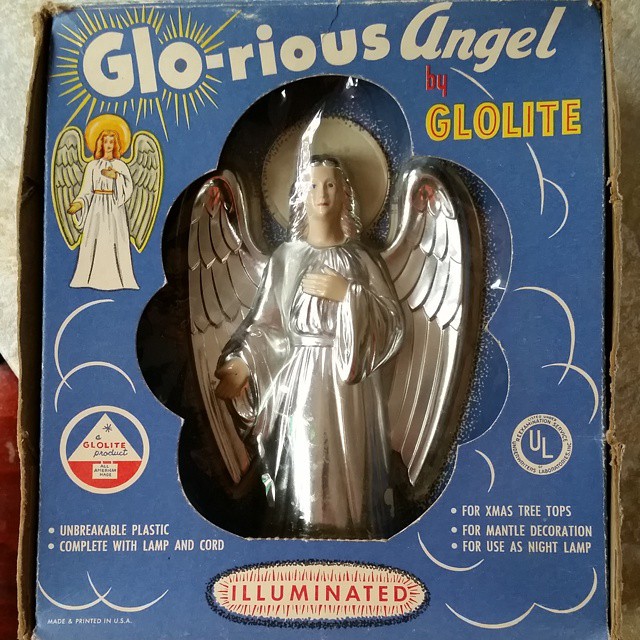 My only Christmas-related song, Beyond the Seas, did not start out with a holiday theme. The narrator is a convict writing home to England from the Botany Bay penal colony, circa 1830. And on what day would our convict likely be most miserable? Christmas, of course. And there’s also the delicious irony of the weather being hot in New South Wales in December. This demo recording also contains some audio elements lifted directly from the Beatles – I reckon I’ll need to write my own middle break if I ever record the song for release. Until then, can you name the 2 Beatles tunes I plundered?

Beyond the Seas ain’t no carol, but it might be as close as I ever come.

Here are several lead vocal takes for an upcoming song, “Laws of Falling Bodies.” I’m using a program called Reaper, which helpfully makes each new take a different color. Now to sort through and assemble the best bits.

I know what you are thinking. You can’t believe that Brad didn’t sing it perfectly the first time. I’m just hoping that I’ll be left with at least a bit of gold after this rainbow is sliced and diced. 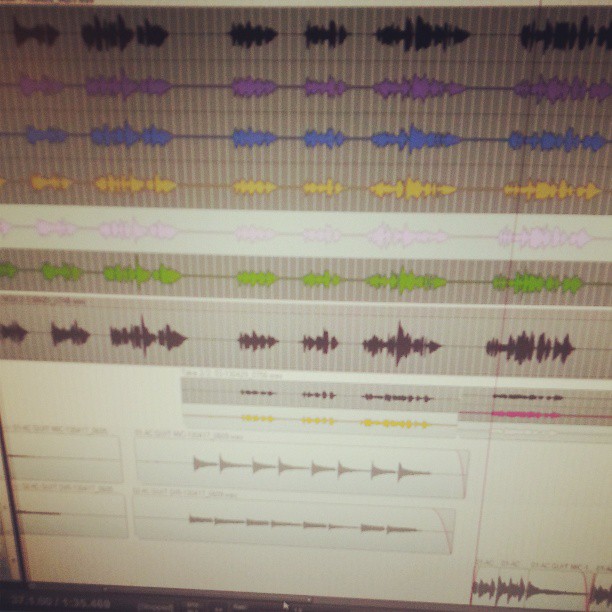 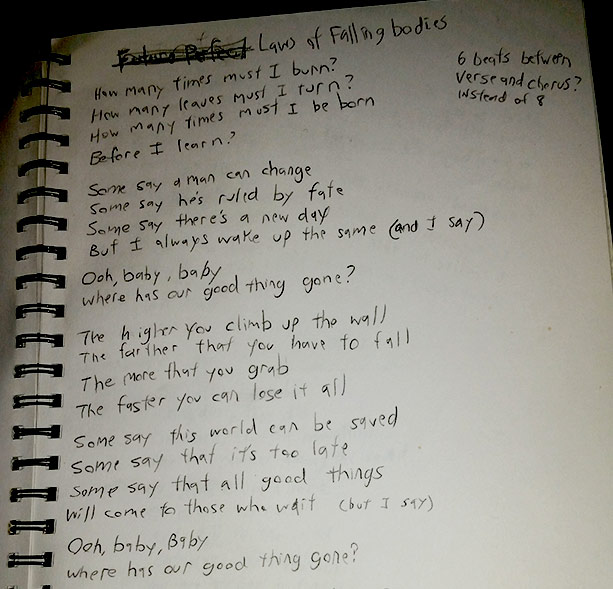