It’s hard to believe that it’s been 2 years since I last played at Backwoods Fest. In 2014, I was thrilled to have Chris Wagoner and Mary Gaines noodle along behind me during my ukulele set. As exciting as that serendipitous rendezvous was for me, this year’s set was over the top. Not only did Chris and Mary play with me on every song, I was also blessed with the talents of Reid Johnston on tuba! 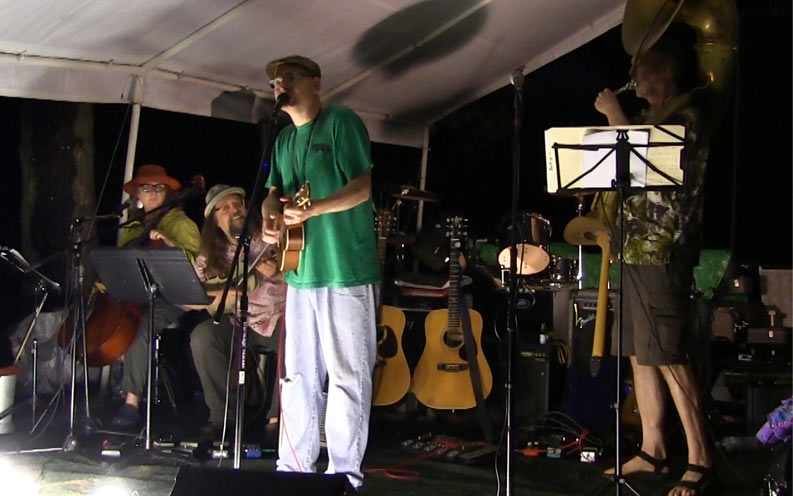 We also played a set of Reid’s songs, with me on bass. If my bass playing was unspectacular, I don’t think anyone noticed, as Reid regaled the campers with musical tales of drunken zoo animals, diaper changes, and smart-phone-induced hemorrhoids. Thankfully, we were able to have a rehearsal the week before and get somewhat familiar with the songs. My own performance was not highly polished, but (as you’ll see in some upcoming videos) my bandmates more than made up for my awkwardness.

Speaking of videos, I posted one from our set Facebook. It’s a Tom Waits cover, so Take a peek, before it get’s taken down for copyright violation or some such. 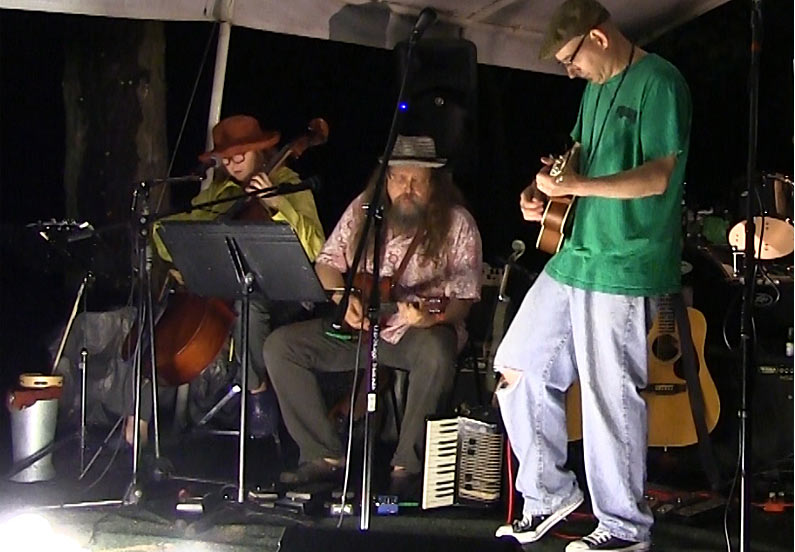 I would sincerely like to continue playing shows with this remarkable crew, and we will reconvene in July to plot a course for the future.