Brad Graham is a Midwestern musician working in the genres of Americana, Folk, and Rock. His songs explore the timeless stories and myths of mankind, which he filters through a modern, urban lens and shapes into 3 or so minutes of kick-ass music.Brad started playing guitar after hearing Eric Clapton. He started writing songs after hearing Husker Du and the Minutemen. Brad wrote his first song, a snotty punk number entitled “I Don’t Want You,” with a riff stolen from Blue Oyster Cult. He has written over 200 songs since then. From his first punk band in the late 80’s, Brad has fronted or played guitar in several bands, polishing his playing and writing skills while navigating the genres of Avant-Garage, Psychedelic Folk, Country, and Mock-Post-Prog. Much of Brad’s growth occurred during his tenure with Ingenious Whittler, Subvocal, and Fluid Drive.

Brad is currently focusing on a sound that is elemental, organic, and largely acoustic. His current batch of songs examines the crossroads of ecology and technology, of dreaming and waking, and of the physical and spirit worlds. After years of playing in bands, Brad is now making music that is intimate and immediate. He wants to erase the space between himself and the audience, and create a space around the audience and himself, drawing them all into a shared experience. 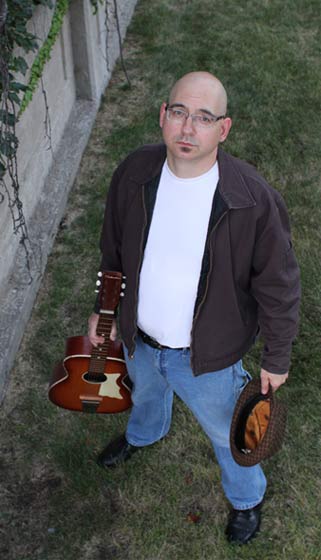